Review: Alphabetti Spaghetti "3 Shorts" at the Dog and Parrot

The upstairs room of The Dog & Parrot has been transformed in recent years. Now the Alphabetti Spaghetti Theatre group have taken over we have theatre and comedy up here in addition to the music.

3 Shorts is one such theatre production. Local script writers were asked to come up with 30 minute comedy scripts.  Their work has been produced and performed by the company that was described by the as ‘Original, off the wall and clever’. The result are 3 shorts, in a lovely venue, that are both full of humour and pathos in equal measure. 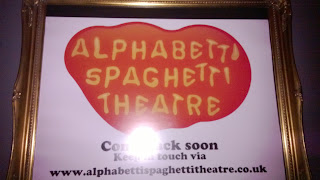 Tonight’s first short play was “Spear Carriers” by Andrew Thompson. 2 actors who have roles as “attendants” in a production of a Shakespeare play featuring Ian McKellen. They discuss the problems of trying to get noticed in a non-speaking role. The two actors also describe their private lives and this ultimately leads to an uncomfortable climax. The 2 actors are believable as their stress is played out and there are many laugh out loud moments. There are a number of scene changes and these slow down the pace and flow of the show, fortunately this is not an issue in the plays that follow.

After a short comfort break “Fantasy and Reality” by Jacob Turner entertains the crowd. A play that reflects life in 2013, we have a guitar hero player who needs support living his dreams and wants a successful encounter with a girl in the local BHS café. The boundaries between what we watch on tv and our lives becomes blurred as the cast perform a number of costume changes in a limited space.  The clever staging and contemporary references help to produce a number of comedy moments. 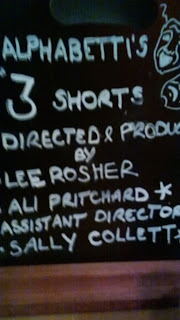 “The Bumps” by Rob Walton is tragic comedy at its finest, as a group of actors living on take-aways are given the opportunity to make their big break on TV. They have the songs and the comedy routines but will their private lives and personalities allow them to work as the happy team that they try to portray to the kids? The audience are allowed to reflect on what it must be to live in the land of ‘CBeebies’. Jenga will never be the same.

3 Shorts was an insightful journey into live in the 21st century in a venue that understands old fashioned values. The next show to appear upstairs at the Dog and Parrot is from Rundown Theatre who will perform 'Run'. Written by Liam Tweddle, it is a short, charming piece of theatre which concerns the eternal question: do we listen to our heads or our hearts?  It is their first solo venture as a company, the 90 minute long show costs just £5. 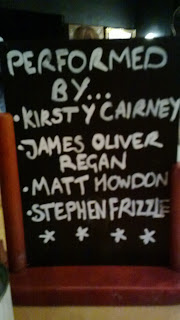 Oblivious Productions will then present “Whom” in which two small time crooks are sent to kidnap a rival gang member. What could go wrong? Well apparently, everything. Enter a world where crime could pay well if the criminals could only get it right and heroes come from nowhere. This runs from June 24th to June 27th.


http://www.alphabettispaghettitheatre.co.uk/dog-and-parrot has details of each show that is coming up and how to get tickets. 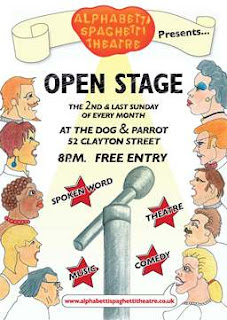 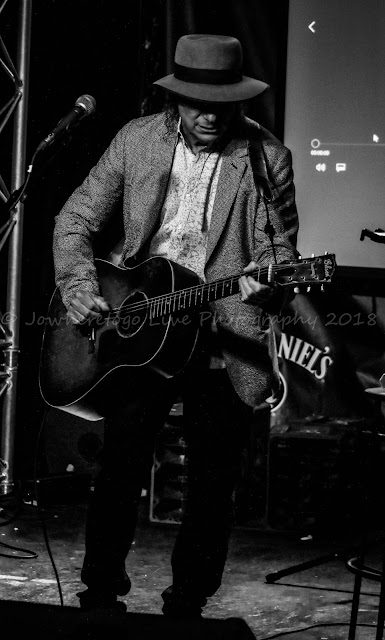 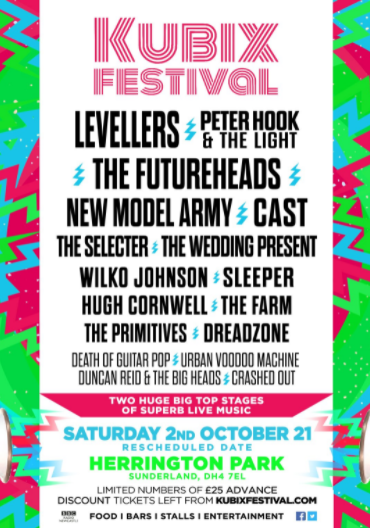