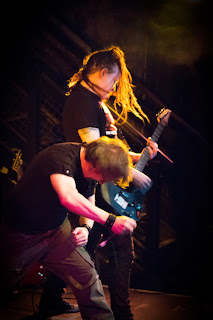 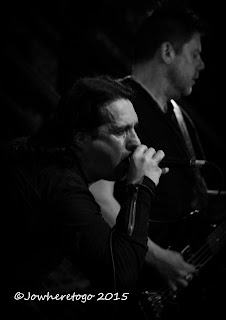 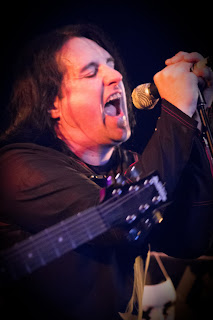 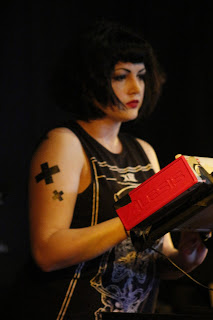 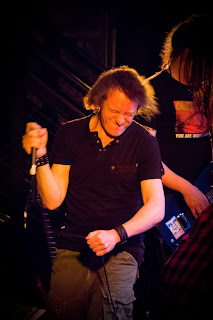 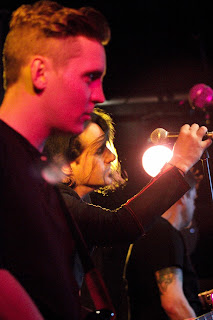 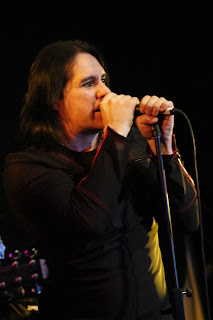 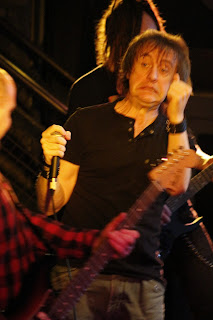 Ha haaar! It was a superb night, these band really put their heart into their stagecraft, and their music. Get in touch if you wish to use any of these photos, as without permission, you'd be a bit of a douche as we are struggling artists too!

More gigs are coming up from RFTK Promotions: 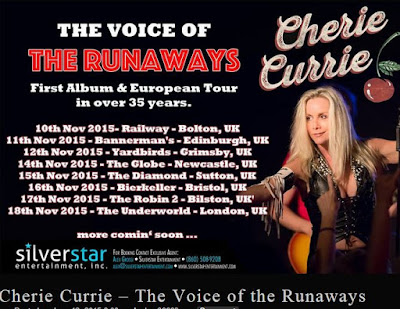 Email ThisBlogThis!Share to TwitterShare to FacebookShare to Pinterest
Labels: Alterred, Be My Enemy, Eric Martin, Lizzie and the Banshees, RFTK Promotions, Skarlett riot, The Cureheads, the globe pub

Boomchang Records was formed in 2012 by Stephen Cunningham, who gained bonafide musical legend status as the bassist in Lindisfarne for 5 years. It aims to give emerging local artists the opportunity to grow and develop their craft and their career, and get their music recorded and released.

First on was Hayley Ellen.  Her pop ballads would be at home on one of the many TV music channels if only someone would pick them up. Hayley has a sweet voice and writes songs from the heart. Her American singing accent may or may not endear her to the US market as over there it seems they do like our quirky Britishness. I just felt she did it well and it fits the songs she writes. Her guitar playing is developing and serves as a good accompaniment.

Lee McDade took to the stage, his trademark mohawk in splendid form as he took us through his repertoire of blues edged country. A special touch was given to the sound with steel guitar by Jim Hornsby. His songs are stories, of a stripper (Whisky), a soldier sent to a pointless war, and Johnny Cash (The Man In Black). Brown Ale Blues is an ode to our own beloved Newcastle, about our fierce pride in being from here, even when we are abroad. This is the first time I’ve seen Lee and I was struck with his warmth as a performer and his observational writing. He engages with the audience like a true professional. Definitely worth a revisit. 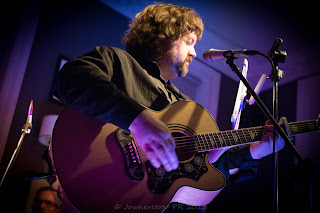 Simma is a very different beast away from his solo performance. He had a full band tonight with Andy Mackin on guitar, Daniel Ward on drums and, on bass, the Boomchang “Daddy” Stephen Cunningham. He worked some new songs from the Lychnobite album including my favourite, Pop Song For An Old Girlfriend. Simma sang about the human condition: Black Dog gets right to the heart of how depression can hang onto you. Happy New Year, a song of new beginnings and new love, is still being a persistant earworm as I write this. 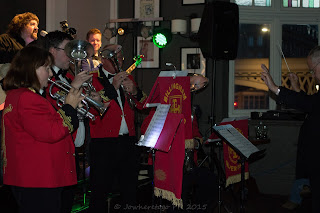 The spirit of The Beatles was brought to life with the Billingham Silver band forming the brass section for Sing and the small crowd joined in with the singalong “carpe diem” song Now Is The Time Of Your Life.

Traditional song Sixteen Tons is updated a little for the album and this performance. So many hummable songs, ranging from rock-blues to guitar pop and such a great band. You need to get to the next gig! Meanwhile you can catch Simma playing as a solo on his buskers and open mic nights, watch this space. 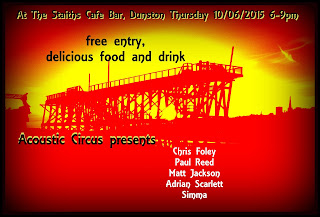 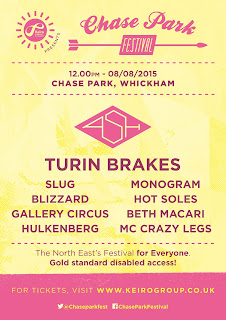 Burn Baby Burn! Legendary Irish Rock Outfit Ash will headline the Gateshead event in August
The all-inclusive family festival is set to attract thousands of music revellers to the region.
Chase Park's line-up will feature its most eclectic line-up of established, emerging and disabled artists to date.

Irish rock legends Ash have been confirmed to perform at the fifth annual Chase Park Festival in Gateshead this summer along with some of the nation's finest established and emerging talent.

The family-friendly, open-air festival will feature two stages of live music on Saturday 8th August and will also welcome appearances from London's chart-topping indie folk foursome Turin Brakes, Sunderland's Field Music-backed outfit SLUG, Glasgow's post-pop assemble Monogram and Newcastle's soul-singing sensation, Beth Macari.
The announcement of the festival's most ambitious line-up to date will come as a shot in the arm to the region's summer festival circuit and music lovers after it was revealed that time has been called on both Sunderland's celebrated SPLIT Festival and the Stockton Weekender.

Pop-punk rockers Ash - who's legendary album 1977 was named as one of the NME's 500 greatest albums of all time - can't wait to headline the event and will perform songs from their newly released album Kablammo! as well as classics from their illustrious career.
Chief vocalist and guitarist, Tim Wheeler, said: “We're really excited to be playing in the North East again. We've never had the pleasure of playing a big festival up there unless you count the minimum wage gig we did in 1999 at the Metro Radio Arena in Newcastle. We should do one soon for a living wage! This event will be special. Bring on Chase Park 2015!”
And although Chase Park Festival was forced to postpone last year, it is back with a bang in 2015 having been awarded the esteemed Gold level of Attitude is Everything’s Charter of Best Practice, one of only three festivals nationwide to receive the accolade.
The award recognises Chase Park's wide range of access facilities and inclusive initiatives that the festival has embraced in welcoming deaf and disabled audiences, artists and volunteers. The only two other festivals to hold the Gold accolades are Glastonbury and Liberty Festival. 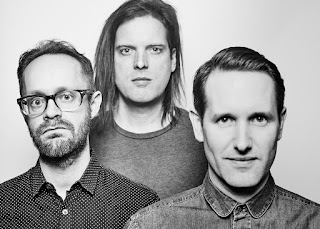 Chase Park's Festival Organiser Alistair McDonald has said Chase Park Festival wants to build on the legacy of the region's strong festival offering and hopes to showcase the event this year as a genuine player in the national music calendar.
He said: “We have an amazing line-up and I think anyone who is a music fan will have a great time. The event will also to appeal to people with disability as we have a range of provisions in place.

“Chase Park has great music, food, beer, fantastic green surroundings and all of the ingredients that makes an amazing festival. It also has a unique atmosphere that you simply don’t get anywhere else. The feeling of community and togetherness that you get from an event that doesn’t have any barriers genuinely gives festival goers at Chase Park a totally uplifting and amazing experience.

“Achieving Gold Standard from Attitude is Everything is an amazing achievement and to be mentioned in the same breath as Glastonbury and Liberty Festival is something else. This should also give smaller festivals the confidence that they can achieve a fully-inclusive and superb event like ours.”

The festival, which is organised by North East care specialists Keiro, will also feature a second stage to give disabled artists an opportunity to perform in front of a festival audience.
Rob Ottaway, Project Officer in Soundscapes Music Studio, at the Percy Hedley Foundation, who partners the event, explains: “We're proud to support Chase Park Festival. It's the perfect festival for our service users to attend, in terms of disabled access and onsite facilities. It also gives them a platform to showcase their own talents onstage, alongside established acts.

“The event boasts superb facilities and excellent disabled access on site and allows our acts to experience the sheer thrill of playing their music in front of a large passionate crowd.”
Keiro has said it is delighted to re-established a much loved North East musical gathering, following funding from the Arts Council.

And Jane Tarr, Director North, Arts Council England, explains: “I am pleased that we have funded Gateshead’s Chase Park Festival through our National Lottery funded Grants for the Arts programme. As an accessible festival, it’s a great platform for developing new talent and emerging, disabled artists.

“It contributes strongly to the Creative Case for Diversity and for people thinking of going along, there’s a fascinating range of work to see.”

Gates to Chase Park Festival 2015 will open at midday on Saturday 8th August 2015 and the event will close at 9pm.

For more information and to buy tickets visit: http://bit.ly/ChasePark
Meanwhile partners Irwin Mitchell, a national leading law firm, believes Chase Park Festival 2015 will be one of the highlight events of the summer in the region.
“It is great that the Chase Park Festival is on the doorstep here in the North East of England.  For many disabled people, travelling long distances can be a problem and can also be expensive so this fantastic festival provides an opportunity to see live acts which many disabled people might not ordinarily have,” added solicitor John Davis.
For a full festival line-up and information visit www.keirogroup.co.uk/chase-park-festival-2015
at June 04, 2015 No comments: