What you need to know about @SteffenPeddie and his #tour #99problemsandthechipsSTILLaintone 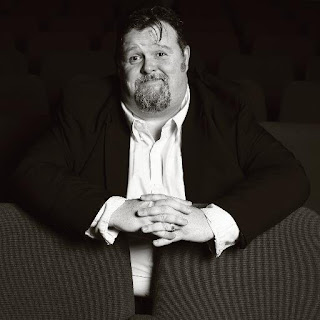 Steffen Peddie is a Stand up comedian from Newcastle upon Tyne.

He told his first joke on stage at 13 in his local youth club and has continued doing so since.

After minor success on the fledgling comedy circuit and appearing as comedy support with Ross Noble on two different National Kids Saturday Morning TV Shows he took a break from Stand Up and turned his time to becoming a professional wrestler.

Ten years of bending bones, wearing lycra in public and various chair shots took its toll on Steffen. After performing at the Café de Paris in London in front of a star studded audience as part of Viz Magazines 25th Anniversary party he decided to call it a day and retire from the world of grappling.

After a conversation with other comedians he decided to try stand up again “for a few shows” to see if it would be fun. Ten years later he has not stopped and has matured as an act with his time away.

Success has come his way in the form of a roll in the main cast of Jason Cooks BBC sitcom “Hebburn”. The award winning show ran for two series and a Christmas Special, and is still much loved by the public, both in the UK and with large international success.

Acting has continued with a number of TV adverts and short films, including Alan Moore’s (writer of Watchmen, The League of Gentlemen, V for Vendetta) first film “His Heavy Heart” as well as hosting Metro Radio and TFMs “NIGHTOWLS” phone in show as the regular guest host when Alan Robson is away. Steffen recetly covered for Alfie Joey on the BBC Radio Newcastle Breakfast Show.

On top of this he is a proud member of The Geordie Rat Pack alongside Jason Cook, Glen Roughead and Neil Grainger. The four perform along with a fifteen piece band and play Swing classics in their own style. After a string of sell out shows at Newcastle City Hall, The Sage Gateshead, Customs House and Stand Newcastle, more are to be announced to a keen audience.

Last year Steffen Peddie undertook his first tour, with a show that’s a step away from the normal Stand Up shows.

The show was entirely created from the audience’s suggestions and improvised on the night, so it’s a comedy tightrope walk as anything can be asked!

The shows format is that the audience write the “Problems” and Steffen has to solve them, making it a different show every time.

The show ran twenty two times in 2015 to a great success. So for 2016, a swift title change and fresh advertising and its back on the road!

With three shows this year so far, he has managed to cover varying topics from “Who picks up guide dog poo” “Why don’t sheep shrink in the Rain” “Why is my partner sleeping with my brother”

The tour is entirely self financed and is playing venues large and small, from large regional Theatres to Village Halls as well as Comedy Festivals along the way. 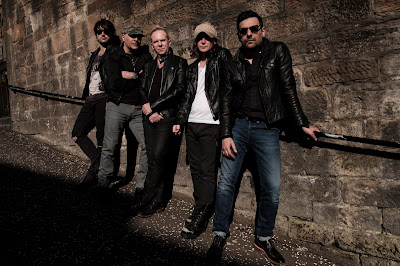 As their acclaimed original guitarist Alex Dickson is welcomed back into the frame, GUN are delighted to announce they will be hitting the road for a series of UK headline dates this October with a souped-up live band in force.

In honour of the tour announcement, the Hard Rockers have released an exclusive live video of the band firing on all cylinders with their current line-up - which was revealed on the 7th June.

Providing fans with a tantalising taster of what to expect on the upcoming run of shows, the video will feature a glorious live rendition of their chart-conquering ‘Word Up’.

The track, originally by Cameo, was startlingly re-invented by GUN for their classic 1994 album ‘Swagger’ and subsequently witnessed the band scoop the gong for Best Cover Version at the inaugural MTV EMAs the same year.

Recorded at the O2 ABC in Glasgow, you can watch and share the exclusive video here: https://www.youtube.com/watch?v=HmpNibSwmhw

The news follows the recent announcement of Dickson joining the band on stage at Glasgow’s Stag & Dagger Festival, which the Scottish Sun called “Effortless class”, while the Sunday Mail called the show “breath-taking” and “a real highlight”.

Dickson is famed for his playing on the GUN’s acclaimed long-players ‘Gallus ‘(1992) and ‘Swagger’ (1994). The highly in-demand axe-man has since lent his unique services to an array of touring bands of the highest order, including the likes of Calvin Harris and Robbie Williams.

GUN’s Jools Gizzi says: “Alex was an integral part of the band during the 'Gallus' era and featured on GUN's biggest hit 'Word Up', which appeared on the 'Swagger' album. His phenomenal guitar playing always made a massive impact at live shows and we really can't wait for you all to see him play live again. We've been working away in the studio, writing for the next GUN album. We can't wait for the fans to hear the new material.”

With a busy summer schedule that has already seen GUN play with The Cribs and Death Havana, the bandare booked-up for shows at Camden Rocks in London and Party at the Palace in August, before heading out on their own run of shows in the Autumn.