The Jacques -  ‘I Never Want To Be Your Boyfriend’
New Single Out Now:  Listen Here
Newcastle Live Date:

London four-piece THE JACQUES have shared their new single, ‘I Never Want To Be Your Boyfriend’, as well as announcing an extensive UK headline tour in March. 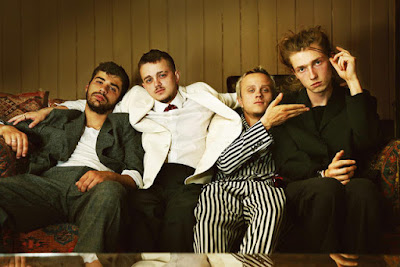 Opening to a driving bassline juxtaposed with swelling guitar lines, saccharine synths and nonchalant vocals, the track is a reverb-drenched slice of dream-pop which builds through verses laden with evocative lyricism into infectious choruses which convey their intent from beneath a shroud of laid-back irreverence. The track was produced by Dan Swift (Snow Patrol/Ash), and recorded at both RAK and Rockfield Studios.
Lead singer Finn explains, “‘I Never Want To Be Your Boyfriend’ is definitely our poppiest song to date... for that reason it’s really fun to play live for me. I wanted the lyrics in the verse to be some of my most surreal - the idea was to have them sound like idioms or commonplace sayings, when in reality you contemplate them and they don’t hold typical meanings at all. Then the choruses go back into full-on pop song register. I think that’s why I chose to repeat the lyrics in the verse - it’s a bit of a parody of the classic English saying.”
The band have also announced an extensive tour for March, including shows in Newcastle, Birmingham, Brighton and Bristol. The tour will follow shows in London and Paris next month, where they’ll play Supersonic in Paris on December 4th and Dublin Castle in London on December 10th.
Having established a devoted following in both the UK and Europe since their formation five years ago, particularly in France where they are true indie-heroes, the band have taken their time evolving and crafting new material.
‘I Never Want To Be Your Boyfriend’ follows the band’s previous singles ‘Alka-Seltzer’ – which premiered on BBC 6Music with Chris Hawkins and is currently on the Radio X playlist – and ‘Kiss The Pharaoh’, released earlier this year. The tracks are a thrilling taste of what’s to come as they re-emerge from the shadows, back into the white-heat of the public eye. 
‘Down’ out now via Reckless Records


and appearing at the North East


The Irish Times Thumper have confirmed their 2020 UK tour, taking the sextet from Glasgow to Brighton, via Newcastle, throughout February and March. The band have also blown up airwaves across the UK and Ireland with their infectious pop grunge single, ‘(You’re Bringing Me) Down’. 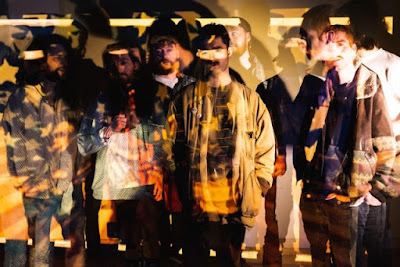 “Down’ infuses the best of pop and grunge, with a throwback to the glory days of 90s noise-rock. At the center of manic beats and pounding rhythms are skillfully crafted lyrics that reveal the beauty behind the chaos.” - Hotpress


“THUMPER are the future rock and roll icons we’ve been waiting for. Four guitarists stage front and 2 drummers, they create “a sonic thrust impossible to ignore”- Tony Clayton Lea,


They are the band we’re obsessing over with a reputation for raucous and frenzied live shows, the rock-pop sextet are “most viscerally thrilling both on stage and on vinyl" - Hot Press Magazine. Championed by Louise McSharry, Ed Smith, Kate Brennan Harding, and Dan Hegarty in Ireland and with mainstream support across UK radio from Steve Lamaq at BBC Radio 6, Dan P Carter’s Rock Show on BBC Radio 1, BBC Introducing Across the Line, Kerrang! Radio and Amazing Radio, it’s no wonder Thumper are constantly topping the “Ones To Watch” lists and selling out shows constantly.


‘‘Down’ is a love song. It takes place in the afterglow of an argument. The tension in the song mounts as the narrator struggles to remember which side of the argument he’s on. As the guitars rise the words become more ambiguous to the point of incoherence.’’ - Oisin, Lead Vocals + Guitar


2019 has been insane for Thumper, with prime slots across massive festivals all summer long including Barcelona’s Primavera, Body & Soul,  Kaleidoscope, and Electrictric Picnic followed by a sold out UK tour.


From being the highlight of Ireland Music Week with their mosh pit showcase in The Workmans Club, to shooting a documentary for RTE on sustainability Thumper set the perfect tone at Dublin’s Extinction Rebellion this month.


The band kick off 2020 with a string of UK live dates in February/March - full dates are as follows: 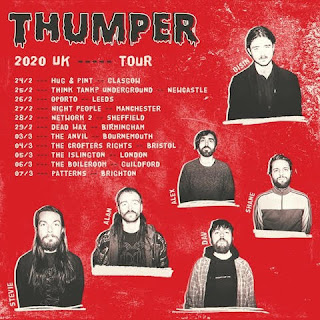 What's Love Got To Do With It? at Sunderland Empire

What’s Love Got To Do With It?


Tina Turner fans should get ready to party as the smash hit touring show What’s Love Got To Do With It? arrives in Sunderland in the second year of its massive UK tour. 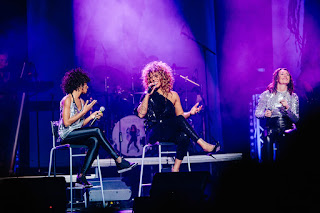 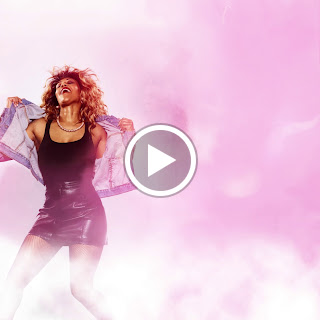 Brought to you by the award-winning producers behind the hugely successful Whitney - Queen Of The Night, What’s Love Got To Do With It? is the ultimate tribute concert paying homage to one of the most iconic and much loved musical artists of the 20th Century.
In this smash hit touring theatre show, audiences can expect a night of high energy, feel-good rock-and-roll featuring Tina's greatest hits performed by the amazing vocal talent of Elesha Paul Moses (Whitney - Queen Of The Night, The Voice, X Factor) supported by a full live band. 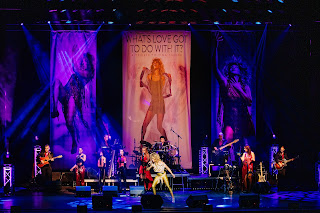 Speaking about playing Tina Turner, Elesha said: “I am absolutely thrilled to be touring the UK with What’s Love Got To Do With It? This is a magnificent show and one that truly celebrates the incredible music and career of Tina Turner.  Tina is a great persona to emulate on stage – and to be travelling all over the UK in a show which celebrates everything about her is so much fun. Every night, we have an amazing party with the fans, and we can’t wait to meet more of you.” 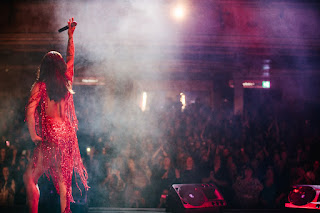 Looking back on a breath-taking career spanning more than 50 years, audiences will enjoy hearing stunning musical arrangements of Tina's most-loved classic hits including Private Dancer, What's Love Got To Do With It?, Proud Mary, River Deep, Nutbush City Limits, Simply The Best and many more. This not-to-be missed musical experience is a stunning celebration of one of the greatest female singers of our time. 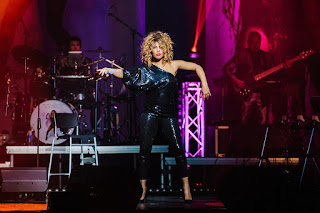 
"Daddy Long Legs takes the blues and turns them inside out, upside down, round about and renews their primal energy. My favorite rompin’ stompin’ New York band of the moment."  -Lenny Kaye 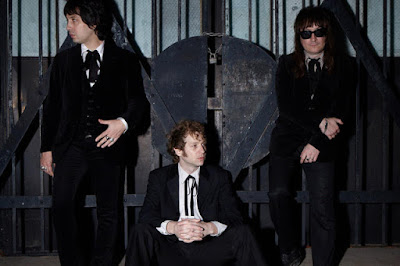 
When asked by Village Voice “What is Daddy Long Legs?,” Hurd answered, “Rock and roll salvation through the spirit of roots and blues.” While influenced by the likes of Son House, Captain Beefheart, Howlin’ Wolf, MC5, and Dr. Feelgood, their sound personifies garage rock and punk with a contemporary raw twist performed in their own brand of supercharged R&B.


Leading up to the album’s release, Rolling Stone Country named “Glad Rag Ball” one of the ‘10 Best Country, Americana Songs of the Week’, citing “it’s all guttural hollering and foot-stomping rhythms.” Brooklyn Vegan premiered the official video for “Pink Lemonade,” co-written with JD McPherson and WFMU “Mornin’ Noon & Nite”. Since forming in 2010, the band has released two studio albums, a live album and two 45s on Norton Records. Their last album was 2015’s Rides Tonight. They have toured with Jon Spencer, Hurray For The Riff Raff, The Sonics, Nikki Lane, Nick Waterhouse, amongst others. 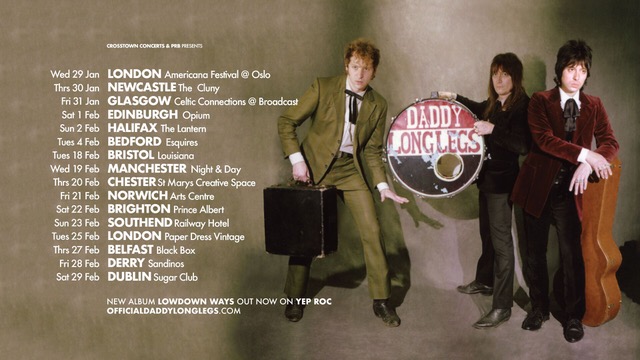 "Daddy Long Legs have finally made a studio album that matches their reputation as a firecracker live act. These 12 original songs expand and solidify their blues-punk sound while keeping alive a tradition and vital part of American roots music. Sounds great!" -Jon Spencer


"...like Chicago blues fired at the moon, played by the demented children of the Pretty Things." -Rolling Stone
at January 07, 2020 No comments: 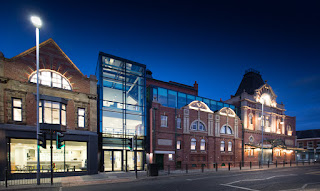 In workshops led by experienced Hallé musicians and Orchestras Live/Spitalfields new trainee music leader Alice Phelps, a short 5 minute piece is being devised that combines the participants and Halle musicians as an ensemble.


Hallé musicians and Alice are working with young guitar players at Haughton School in Education Village and Longfield Academy to explore the themes, structure and musical ideas of the Rodrigo Guitar Concerto.


A final workshop will take place on Tuesday 7th January at Longfield Academy in Darlington before rehearsals in the Hippodrome on Thursday 9th January culminating in the new piece opening the Halle’s concert at Darlington Hippodrome that evening, performed by the young musicians alongside those from the Hallé and soloist Craig Ogden.  The young people will be given free tickets to attend the rest of the concert, so they have the opportunity to experience the full orchestra perform and hear the music used as the inspiration for the project performed live by international guitarist Craig Ogden.


The Hallé Orchestra perform at Darlington Hippodrome at 7.30pm on Thursday 9th January.

The Bellrays on tour


With support from Los Pepes

The Bellrays have confirmed an eleven date UK tour for January 2020, with special guests Los Pepes. Kicking off in Portsmouth on 15/01, the run includes stops in Bristol, Scotland, Middlesbrough, Newcastle and Brighton before finishing at London’s Oslo on 26/01.


North East dates are as follows: 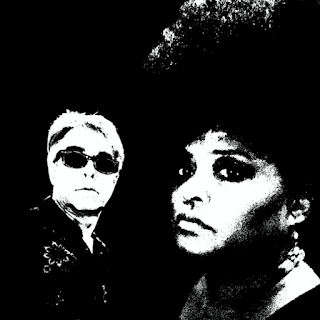 Blues is the teacher. Punk is the preacher. It’s all about emotion and energy, experience and raw talent, spirit and intellect. Exciting things happen when these things collide. Bob Vennum and Lisa Kekaula  made the BellRays happen in 1991 in East LA but they weren’t really thinking about any of this then. They wanted to play music and they wanted it to feel good. They wanted people to WANT to get up, to NEED to get up and check out what was going on. Form an opinion. React. 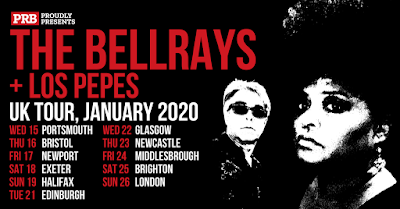 So they took everything they knew about; the Beatles, Stevie Wonder, the Who, the Ramones, Billie Holiday, Lou Rawls, Hank Williams, the DB’s, Jimmy Reed, Led Zeppelin, to name a very few and pressed it into service. It was never about coming up with a ‘sound’, or fitting in with a scene. It was about the energy that made all that music so irresistible. It was the history BEFORE Led Zeppelin that led them to that point. The Beatles thought they were playing R&B. It just came out like ‘Rubber Soul’. The Ramones were trying to be Del Shannon or Neil Sedaka and out came ‘Rocket to Russia’. With the BellRays there was no conscious effort to ‘combine’ rock and soul because they didn’t see them as divided in the first place. Blues was teaching. Punk was preaching. The BellRays were always listening.